The final race of the Volkswagen Golf Cup series in the Brno circuit was a highlight of the emotional weekend in the Czech Republic. This time the fastest was a pole-sitter Dylan Pereira, but behind his back fans witnessed a lot of fight and battles for positions until the very end of the rivalry. 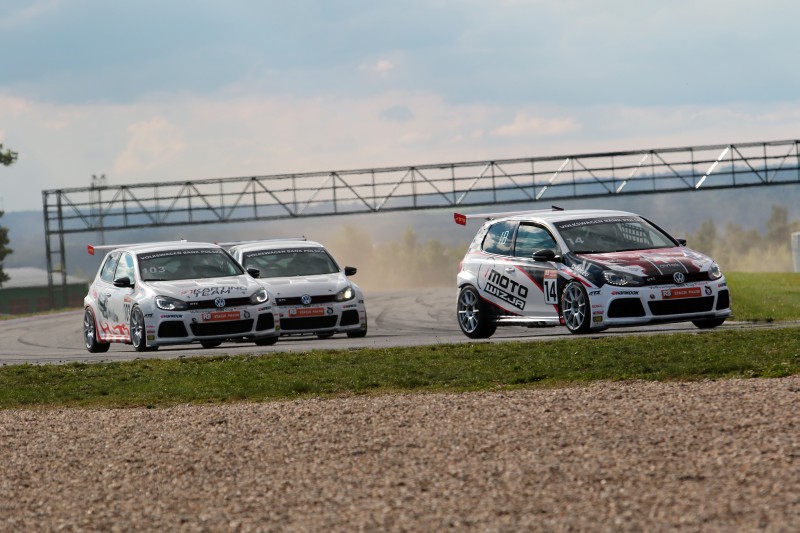 Pereira perfectly started just after the lights went down, thanks to which he was able to enter the first corner without any danger. Michał Gadomski and Marcus Fluch were driving just behind his back, while the Swede was able to overtake Simo Muhonen. Unfortunately, the fastest Pole in the top didn’t manage to keep up with the leaders’ pace and with each lap he was running away from the podium finisher. In the different direction was Jeffrey Kruger, who after the start from the 8th place was heading for a cup, champagne and most importantly – valuable points.

At the end of the day, the driver from South Africa stopped his fast drive on the 2nd place, which he was able to grab at the very end of the race. Just behind his back we saw Marcus Fluch, who surely won’t be happy with how the rivalry ended for him – thanks to the overtaking maneuver he lost more points to the leading Kruger. The 4th place is a result of Andre Gies, who was able to recover after the first race. The German junior driver had to defend his position though, as Marcin Jaros was also seeking for his chance. Nevertheless, the driver from Zgorzelec was able to grab a great 5th place result. 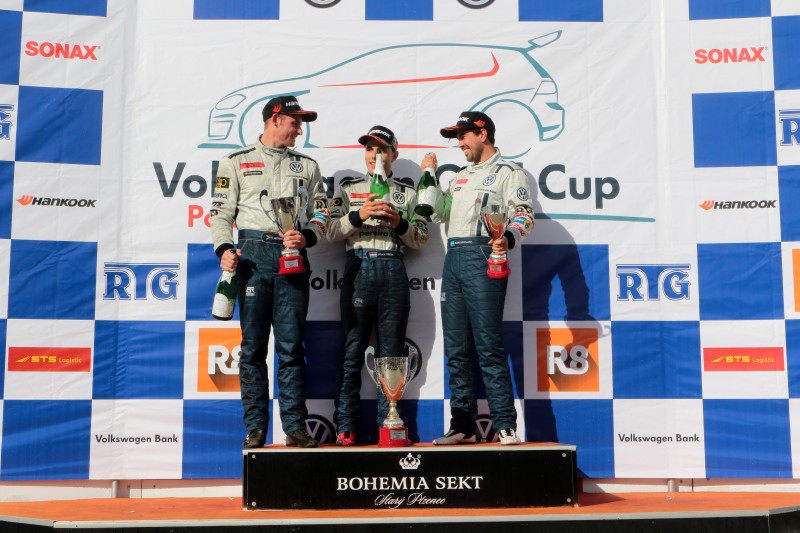 Quotes after the second race in Brno:

Michał Gadomski: - The second race didn’t go well, but it was our mistake – we put wrong tires and unfortunately I was unable to drive fast. Finally I managed to finish on the 6th place, so it is good to score any points after all.

Marcus Fluch: – Well, at the beginning of the weekend I expected a bit more, but considering my starting positions I am happy with the results. I started good, been on the podium twice and a lot of fight – I feel very positive about the weekend.

Dylan Pereira: - I pushed hard since the very beginning to escape my rivals, who were busy fighting with each other. Thanks to that I was able to control the race taking care of the tires. The first place is fantastic and I am really happy about keeping the 1st place.

Jeffrey Kruger: – After yesterday qualifying session I thought the weekend is already lost, but we managed to come back. The afternoon race was crazy and a lot of things were happening. The fight was great and very fierce and it is great to be on the podium again. I would also like to thank all the Volkswagen Racing Polska mechanics, who prepared my car really well – it was a top spot all the weekend!